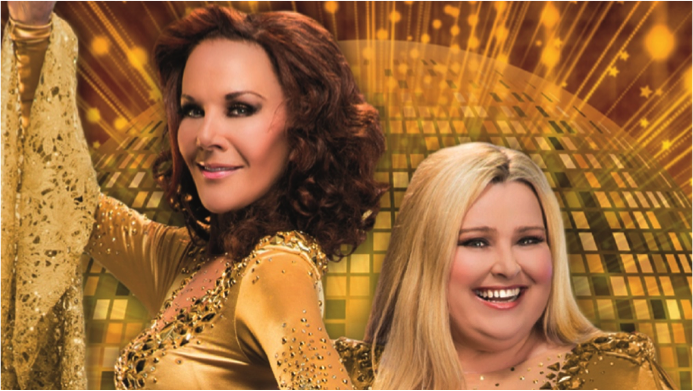 A gala dinner during Port Douglas Carnivale will be the purr-fect fundraiser for homeless animal shelter Paws and Claws.

The dynamic duo will sing their way through Abba’s hits accompanied by banter and a young band of musicians.

The program includes other top-drawer performers, auctions and raffles with amazing prizes and a sumptuous setting and hospitality from Sheraton Grand Mirage Port Douglas.

It will raise money for Paws and Claws, which is building a new animal shelter in Port Douglas. The refuge has a policy of saving every animal it can and rehoming homeless cats and dogs.

President of Paws and Claws, Douglas Shire Cr Michael Kerr said the gala dinner on May 22 would be a magnificent night with fabulous entertainment, food and atmosphere at the Sheraton’s Glade Pavilion.

“The night will start with bubbles on arrival and some exotic entertainment with local belly dancers.

“Gala goers will then be entertained by local duo Jenn and Glenn to get the party started before consummate cabaret artist Michael Griffiths hits the stage.

“Michael will be doing a musical medley before the incredible Rhonda Burchmore and Lara Mulchay take the stage with their hilarious Abba show.”

The evening will be punctuated with auctions and raffles to assist with fundraising and a three-course meal will be served by the Sheraton Grande’s kitchens.

Cr Kerr said $300,000 is needed to rebuild Paws and Claws and the organisation would “love to see at least $20,000 fundraised on the night.

“This is a momentous occasion for Paws and Claws as it’s the first time we have had our own property and have the opportunity to build a facility that will see the Shire with an animal refuge well into the future.”

Organisers have been given a swag of prizes to auction and raffle including one painting valued at more than $5000, accommodation packages, a substantial tool package from Total Tools, a Jetstar travel voucher, fishing trips, restaurant vouchers and a 2017 signed Cowboys jersey.

“I hope the people of Port Douglas, Daintree, Cairns and the Atherton Tablelands will come out and support us and have a fantastic time in the process.

“It’s a guaranteed mega night out for a wonderful cause.”

Tickets are available from http://www.pawsandclaws.org.au/gala-dinner

The gala dinner on May 22 at the Sheraton Grand Mirage Port Douglas’ Glade Pavilion starts at 5.30pm to 11pm. Tickets are $140 and selling fast.