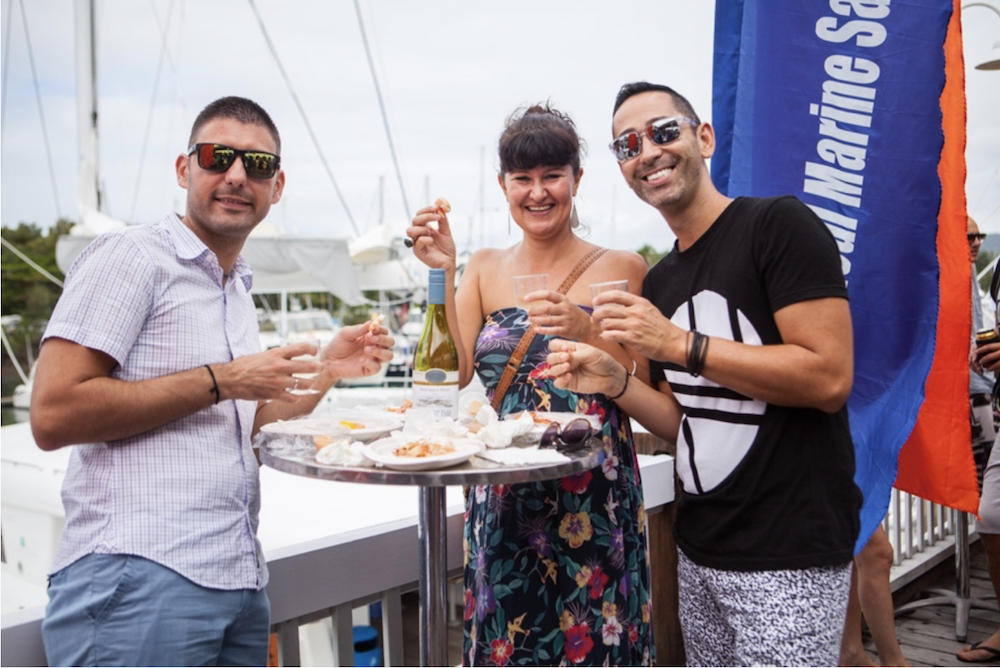 The Seafood Extravaganza will make a triumphant return to the Crystalbrook Superyacht Marina during Port Douglas Carnivale on Sunday, May 27.

The old favourite will also have something new to try with a specially crafted beer from Hemingway’s Brewery.

The craft beer will match the seafood including oysters, prawns, mussels and fresh fish the Port Douglas craft brewery and restaurant is serving.

The Hemingway’s kitchen will also be serving hot seafood dishes such as fish and chips during the event.

The new beer will be served alongside Hemingway’s other craft beers plus there will be wine tasting on the marina boardwalk.

The Seafood Extravaganza will include plenty of entertainment with face painting and presentations by Hartley’s Crocodile Adventures for children.

“We’ve also got a doughnut shack on the marina for the kids,” Ms Alexander added.

She said the day – and night – will be extravagant in all respects. “There will be non-stop live entertainment till 5pm, the official end of the Extravaganza. Then we will continue with a Sunday session at Hemingway’s late into the evening.”

Hemingway’s is opening up its second upstairs bar during the Extravaganza. “There are great views of the marina from there, and we know people will love being up there.”

Ms Alexander said the restaurant will also cater for anyone who comes along on the day. “There’s plenty for non-seafood eaters and vegetarians. You’ll still be able to get a burger and all our other regular menu items.”

The Seafood Extravaganza is on May 27 from 12pm to 5pm at the Crystalbrook Superyacht Marina, Port Douglas. Port Douglas Carnivale runs from May 25-27.