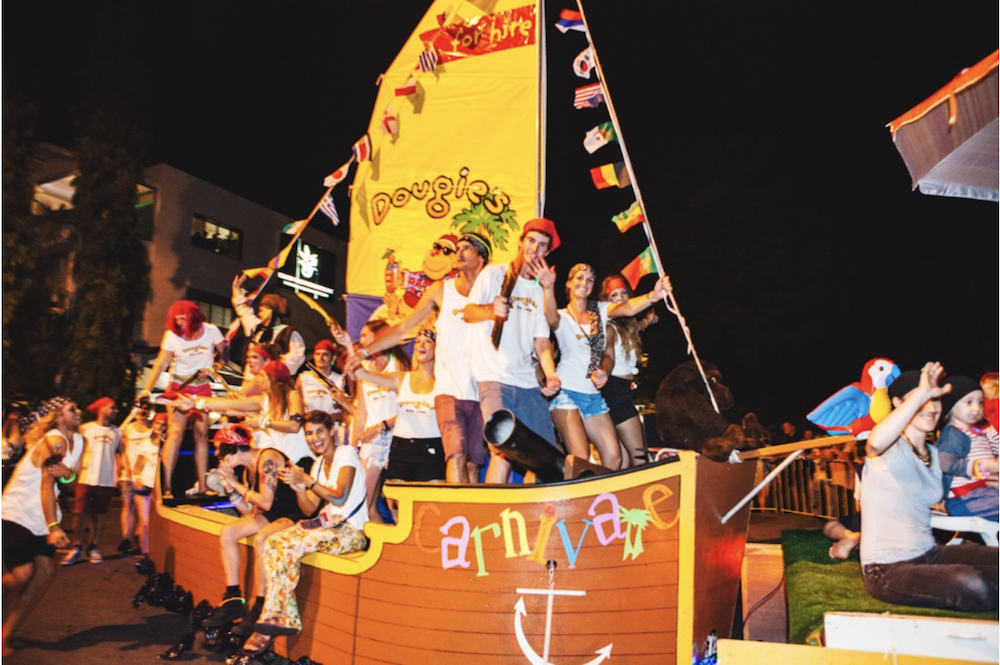 Get ready to trick out a float for this year’s Topical Magic themed Port Douglas Carnivale Street Parade with registrations now open.

Douglas Shire Mayor Julia Leu said now was the time to let the imagination run wild and enter a float in the much loved and community spirited parade.

“The parade is a key event of Port Douglas Carnivale and a great way to be seen by thousands of people who line the parade route,” Mayor Leu said.

Always a show stopper, the parade of more than 30 entries floats down Macrossan Street in a dazzling display of fun, frivolity and fantasy for the opening night of the three-day festival on May 25, 2018.

“Our aim this year is to ensure we have a good mix of bands, floats, schools, businesses and community organisations involved,” she added.

And there are some significant cash prizes to be won with $500 each for the best community and commercial entries and $1000 for best overall float.

“We encourage those who are considering entering to think about how they can enhance the Carnivale atmosphere through decorations, costuming, lighting and sound.”

Adding to the atmosphere on the night will be the Wonderland Spiegeltent, the Carnivale Fun Fair, and Tropic Night lights on dusk projection, which will light up the Sugar Wharf and Anzac Park precinct during the Carnivale festivities from May 25-27.

Parade entries can be submitted online at www.carnivale.com.au by Friday, April 27, 2018.